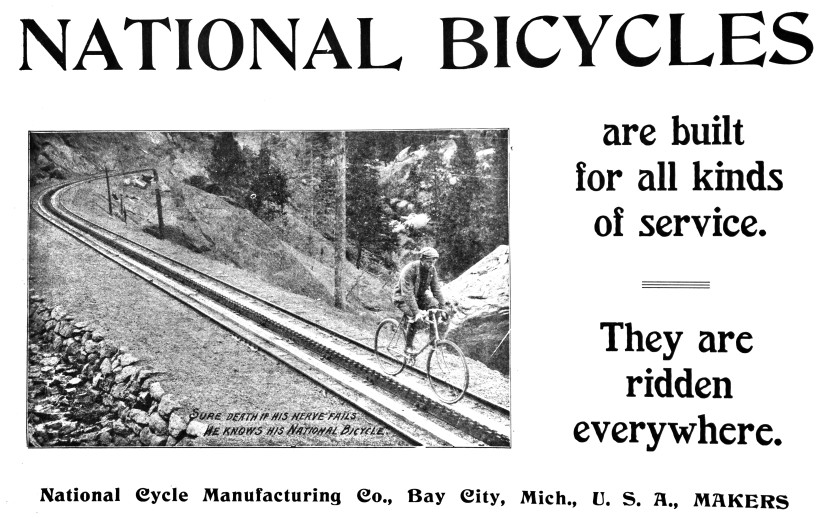 Presentation by Tristan Thielmann at the History of Navigation Conference, National Maritime Museum, Greenwich, London, 24–25 May 2018

At the end of the 19th Century, the bicycle is a medium of land development, connection, sensing and routing. This presentation demonstrates this based on the League of American Wheelmen bulletins that were published between 1880 and 1901. The enquiry shows that the bicycle constitutes a rural geomedia since the first cyclists regarded themselves as land surveyors. Furthermore, the bicycle, as a vehicle that is connected to an individual, links the starting and end points of a route – without stops on the way and without changing vehicles. This continuity of movement is a highly essential property of the medium ‘bicycle’.
Being awheel and making the countryside accessible cartographically are therefore closely linked to each other; they take place in one and the same procedure as part of the joint practice of land surveys. During this process, the bicycle proves to be an ideal instrument for the sensing of road surface conditions. The bicycle serves as a mediator between the road and the cyclist. It can be described as a communicative device as, on the one hand, it communicates in an inevitable and ineluctable manner and as, on the other hand, it magnifies the road-related information and passes this directly to the nervous system. This vital communicative form establishes the bicycle as an obligatory medium that can also not be replaced by other, alternative instruments.
It also serves as a mediator between the urban and rural areas and as a connected device: The bicycle is the condition for cooperation for Bicycle clubs, which enjoyed enormous popularity at the end of the 19th Century. The bicycle facilitated the cooperative experiencing and exploring of the land that had as yet not been documented cartographically and, in turn, yielded its own new form of representation: navigable maps in the form of route guides. With these guides, the viewer was put into the position that establishes a navigational first-person experience.
The principles of bicycle navigation were developed by enthusiasts who surveyed data and space awheel, without slackening speed. The very first cyclists had already developed a practice of collaborative mapping and wayfinding that is currently celebrating a revival in the guise of social navigation apps. The presentation will, for instance, demonstrate the touring practices of tandem riders who pinned maps on the back of the man occupying the front seat of the tandem so they didn’t have to worry about stopping and unfolding maps. A collaborative cycling practice of steering and monitoring was hereby established as early on as in 1885.